Chinese copyright violations aside, can we imagine what a themepark MMO would look like as an actual Theme Park? In today’s “Get Critical”, we’ll be looking at the philosophy that goes into crafting one, the fundamental flaw that breaks them, and the setup for a potential solution. 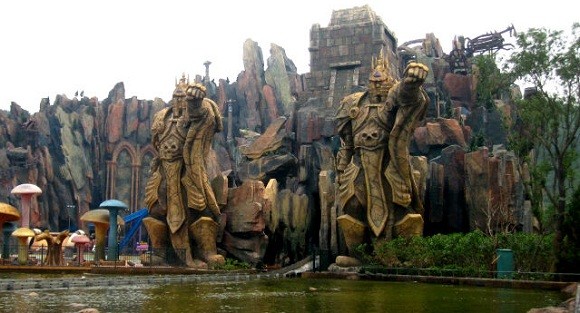 What? You didn’t know Arthas had a twin? And that they like to rock out?

The Background – So if you’re familiar with MMOs, you’ve probably discovered two vastly different parts of the genre. There’s “The Grind”, in which you experience about 90% of the game’s actual content in order to reach “The Endgame” (10% of all content). Each expansion adds more endgame, and the old endgame is tacked onto the tail end of the grind.

It’s just like a real themepark, where you do everything the park has to offer, go home, and come back each year when they add a new ride. Except you don’t come home. At closing time, the park administrator looks out of the window and sees the happy customers not leaving the park, and in fact, demanding more things to do! But there’s no way to produce enough content to last forever! Quick devs, think!

The Philosophy – And thus the Endgame is born. A ‘holding area’ as it were, to keep people entertained until the next expansion is built. In order to stay engaged, it has to drip the content out slowly, using a complex system of tokens, tickets, and the top prizes to make sure people always have a goal. This turns a normal game into an endless game (which would be awesome). But we’re not actually getting an endless game, are we? We’re getting pool of entertainment and achievement whilst waiting for meatier content to arrive. Not bad, but…

A Problem With Motivation – Your main goal as a player is to power through the lesser levels (majority of the content), so that you can reach the “good stuff” and finally play the game proper (the endgame – a fraction of the content). This becomes more apparent each time you start a new character, and burn through all the filler again. No matter how entertaining it was the first time, it just won’t be half as good the second, third, or x-teenth time. I could also discuss the motivations for powerleveling and account selling, but we’ll move on…

A Problem With Statistics – At launch, all players are in the grind. As the game matures more players reach the endgame pool. Each successive expansion, there’s a greater percent of players who are already at the endgame. 25%, 40%, 75%… and this proportion will never stop growing. Not even new players can mitigate it. After several years the game becomes heavily skewed towards endgame. And worse, by nature, each expansion makes the endgame represent an ever smaller percent of all the game’s content. The longer it runs, the more people experience less content (in terms of quantity). 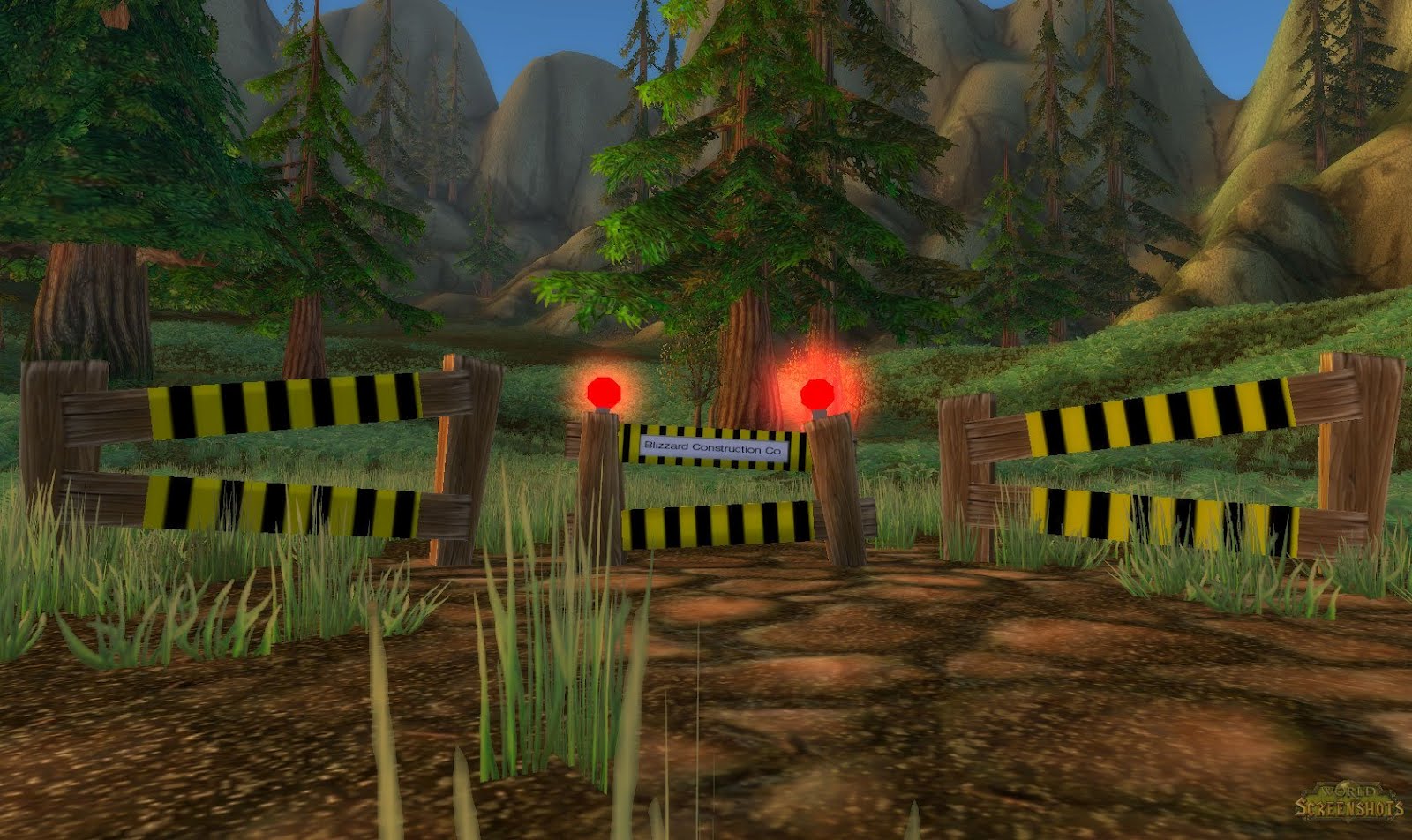 The Wrong Solution – A noble and earnest effort to fix this problem has been to propel players to endgame by compressing the leveling curve, experience boosters, and squishing content. The trouble is, by design it’s only a temporary fix. The exact same problem will happen every single year. Whether or not ‘compressing’ the grind weakens the experience of the game is a topic for another day. The point is that the endgame concept is flawed. Raiders complain regularly, early content is made easier, and mid-game suffers in an eternal purgatory of no-one-cares.

A Better Solution – Here at Critical Hit, we like to offer constructive criticism. I’m not going complain about the industry’s pumpkin pie unless I have a new flavor of bovarian cream ready to throw at you. But a pie, like a blog post, is ephemeral. And so in a valiant (and inconsistent) effort to keep these under 600 words, I’m going to break this article into parts.

Is Machination just making stuff up now? What is his peculiar proposal to this puzzle? Tune in next time on “Get Critical” to find out…