Last week we summed up the critical flaw with themepark design: endgame. This “requirement” of modern themepark MMOs is the source of much player discontent. We can’t lay down themepark tracks faster than the car can move, so we make infinite loops that try to keep you occupied until the next expansion. 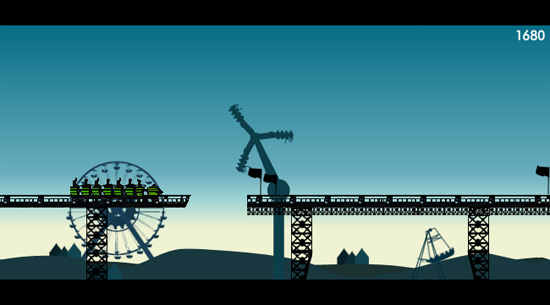 The Better Solution would be a Sandbox MMO, which revolves heavily (if not exclusively) around player-made content. Players drive the economy, the politics, and the ecology of the world. (Think EVE, Minecraft…). Players feel like they make a difference and enjoy a stronger community, and because devs don’t have to hand-craft every pixel of content, they enjoy shorter development time and low upkeep costs. It also has some disadvantages, but that’s for another topic.

So, Are Themeparks Unsalvageable? Despite the (many) inherent advantages of sandbox games, join me for a moment in a thought exercise — Can we save the static, hand-crafted themepark model without resorting to dynamic player-made content?

Themeparks revolve around two forms of progression to keep you engaged. (1) The ever-present level grind, and (2) the gear treadmill. You do quests to get experience, so that you can access better gear, to advance to the next area, quest, level, gear, new area, quest… all with the intent to reach ‘endgame’. Sometimes in your journey you’ll spot “old” instances along the way, but they are no longer relevant (only endgame is relevant).

Endgame is actually nothing more than running out of combat levels, and so you simply have the gear treadmill left. One form of progression. To improve replayability without opting for a dynamic sandbox, we simply need to (1) add additional forms of linear progression, or (2) introduce unlockable content that keeps old stuff relevant.

Quest Log:
Objective: Salvage 4 [Alternative Forms of Progression or Reuse] from the nearby [Themepark Crash Site] and return them to [Machination the Naive] at [Critical Hit]. Beware of trolls.
Reward: 1250 gold, and an item: [Armchair of the Hobbyist Designer]

Let’s begin shall we?

Salvaged 1/4: [Geographical Area Reuse] – Typically you start in the ‘Derpy Forest’ which is designed for level 1-10 characters, and move on to the ‘Forum Troll Mountains’ for 10-25, and so on… Even if there are multiple “chains” of areas, we still have the problem that there is no incentive to revisit old areas.

A possibility is to decouple physical location with your level progression. For example, Guild Wars 2 provides incentives by scaling your level down to match old areas (which I hope becomes standard). You might even create an entirely different exploration level that gates access to more restricted areas. Whatever we do, it should help keep old areas relevant (instead of wasting all those hand-made assets).

Salvaged 2/4: [Removal of Combat Level Gates] – Ok, I cheated. This is a deemphasis of an existing progression system, which in theory should make the game less engaging. But what we could do is stop ‘gating’ your other lines of progression (crafting, politics, lore, geography) with combat level checkpoints. This encourages people to access the full breadth of the game (if they so choose) in whatever order they choose. It actually might encourage frequent re-rolling to experience non-combat professions and progressions without having to do the combat level grind from scratch.

Salvaged 3/4: [Stronger Lore Progression] – Include lore finding as an actual system, instead of an intrinsic reward. Certain lore questgivers might give you hints as to where books, scrolls, ancient inscriptions, or key NPCs might be. You could progress dedicated ‘cryptography’ or ‘excavator’ skills to help find them. By scattering (and hiding) lore points all over the world, you provide incentive to revisit old areas and instances.

Help me finish this quest by suggesting your own replayability boosters. Thanks for bearing with me on this restrictive thought experiment. At the end of the day, we can rack our brains to reimagine themepark progression and replayability. But a sandbox does all of this for free by transforming all content into reusable content. By design, themeparks are restricted by the need to hand-create every pixel of content. Gating using combat levels could be decoupled, or even eliminated. So…

Can we diversity themepark progression? Yes, with some reinventing.
Can we make better sandboxes, “sandparks”, or something else entirely?

7 thoughts on “[Get Critical]: The Themepark Part 2”