Before we build ourselves the masterful cake known as SPIN, I’d like to focus on the fundamental ingredient — Interactive Narrative.

What is Interactive Narrative? It’s not a sandbox, simulation, or choose-your-own-adventure-book. It isn’t just experiencing a story someone else wrote, no matter how many alternate endings or moral choices there may be. It’s writing your own story into theirs in unexpected ways. It’s a collaboration between author and reader to publish something that is perpetually evolving and interesting. This is what games can accomplish that books and film cannot. This is how to make a truly “endless game” rather than an “endgame”.

*climbs down from soapbox*

Now before you grab your notebooks to brainstorm with me, take a moment to remember something. This concept is still somewhere in the upper stratosphere of “Theoryland” and it’ll be quite a while until it comes crashing down to earth with hard-coded implementations. Hopes crushed? Good, let’s crack on then. We’ve got work to do. 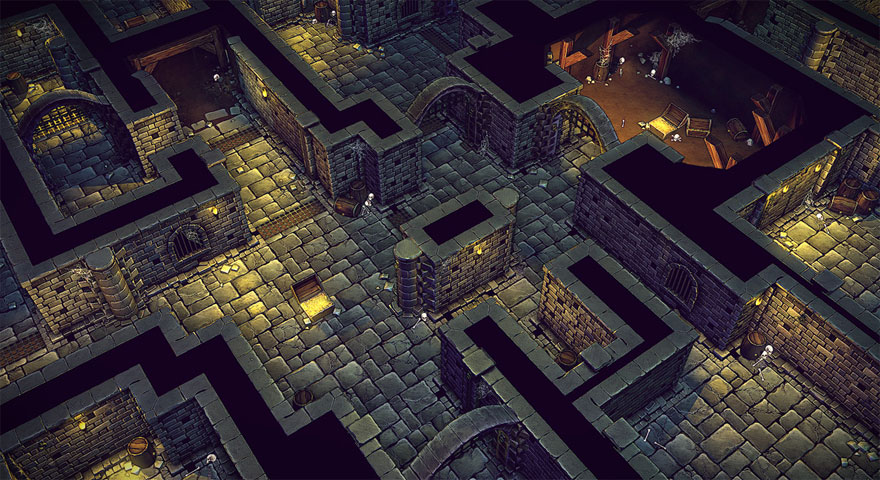 Consider the classic pen and paper campaign – A game master dynamically adapts to make a challenging, engaging story within an existing world. We’ll start with a pure digital version, where you can spend time within an ‘editor’ creating your campaign, and then you become the game master guiding players through it. Some problems and a few thoughts…

Problems with going digital – Perhaps your group of adventurers are in a city, and decide to go into an old derelict building. You haven’t actually developed what’s inside that building yet, and you can’t start editing the interior in real-time as they enter it. In the classic pen and paper model, you just briefly describe it, and the details are filled in by the players’ imagination. In 3D space, you need to place the objects as fast as you describe them.

So, there’s still some options. We could use complex programs to take what you’ve got so far, and fill in all the background details with procedurally generated stuff. Computer-populated buildings, extra NPCs, or very small mini-plots could fill the gaps in what you’ve already made. But then we’ve taken control away so the GM really can’t dynamically alter the world to adapt like she can in imagination-land. Besides, we’d need better digital tools to ‘guide’ players back to the main story.

Problems with going online – There’s also the casual nature of an online game. What happens if players join your campaign but disconnect halfway through? What about if the GM leaves? These online campaigns would need to be designed in such a way that people can join or leave freely, and some sort of promotion system could request for a new GM. But then you lose quality whenever there’s churn in players or GMs.

Unfortunately, there are also a handful of malicious users out there, and the lure of online anonymity would certainly bring them out of the woodwork. Too many player GMs might take pleasure in running campaigns just to torment players online. So perhaps a rating system, where you can vote a GM up or down for their creativity, challenge, and fairness.

I wanted to talk about persistence and scalability too, but verily, this verbiage veers most verbose. For now, know that online digital campaigns have many issues that need fixing before they become a reality. It might even be impossible to simply copy D&D directly into the digital realm.

But when you can’t win, you have to change the way the game is played. In the next Shameless Plug, we’ll look in-depth at persistence, multiple GMs, and Artificial Intelligence GMs in a way that might also solve the problems of going digital and online. Tune in next time to find out!