As promised, I’ve decoded another page of my subconsciously encrypted notebook, and found another stupid idea to make you think “What If?”

Some of us (like myself) are considered Altaholics, in that we can’t ever seem to get a single character to level cap. We try every single race, class, or starting combination. Our login screens are positively teeming. 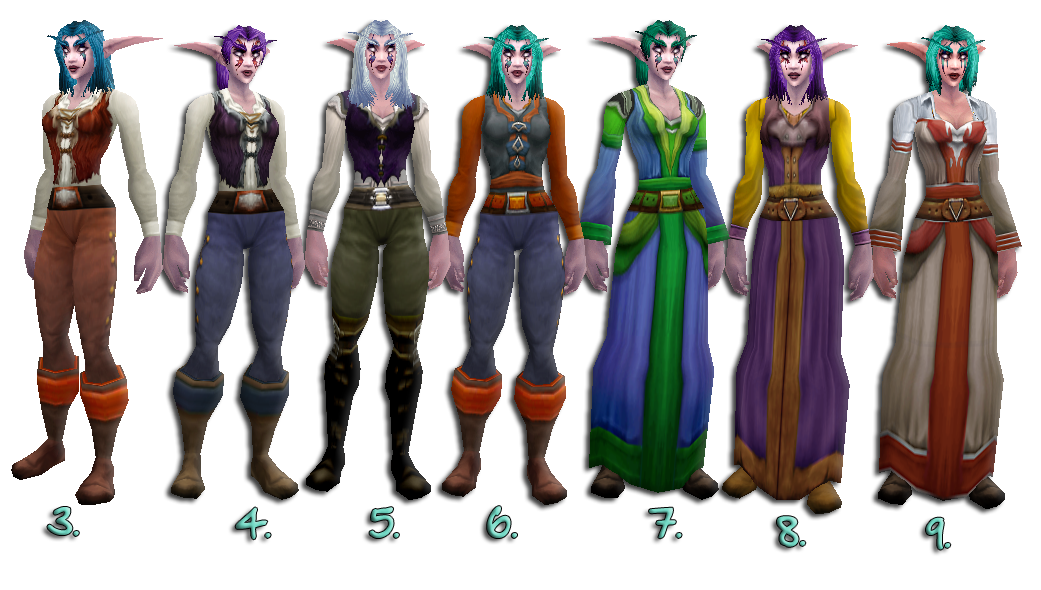 What if each play session was a completely new alt?

No character persistence. Start at level cap, or better yet — no levels. What if the entire game’s focus was on progressing the story, or world, or something other than your own numbers. Personal progression is probably one of the top reasons to play an MMO, so could progressing something else be compelling enough to keep you hooked? Possibly.

Possession – Each time you log in, you do so to change the world in some way (or perhaps just be part of it). You can ‘possess’ existing NPCs, taking their role for that play session.

Only have 10 minutes? Take over a baker in the city bakery, making food for players.

Feel like roleplaying? Take over that crotchety old wizard in the forest, and mutter about the good old days with passers by. Try and persuade them to kill 10 woodland critters for you.

Bored, and want more action? Jump straight into the action by taking over a hero on the front lines slaying demons.

Perhaps some mystery? Take over a private investigator, and do some investigations.

What if you REALLY want to kill 10 rats? Take over the local hobo, kill rats and roast them over a fire.

Can’t find an NPC you like? Use the “Looking For NPC” search tool!

Still can’t decide? Use the “mini-character-creator” to make one on the spot and insert them into a role.

Fun For Roleplaying: Gives you a host of choices of characters and scenarios to play through. Many people enjoy simply being part of a world in some way… might as well encourage a diverse playing experience by changing each time.

Fun For World Progression: For the achievers among us, perhaps each NPC could have some sort of objective at any given time. A simple algorithm could produce an objective just by looking at parameters of “what do they want” for each NPC. You log in, and BOOM! You have exactly one quest to preform, after which the NPC takes over again.

And just imagine the alerts!

“The NPC you have chosen is already posessed… you are 38th in line to possess [The Lich King].”

So, stupid idea. Persistent world with non-persistent characters. You leave your mark on the world and then go. Are there many problems with this? Definitely. Griefing, long possession queues for popular NPCs, and of course — player’s likely won’t enjoy anything that’s not personal progression. Worth pursuing? Probably not, but it’s fun to imagine. Let me know what you would add or change to make it even crazier. The sky is indeed the limit.