From what I can tell, the second most common complaint leveraged against character creators in MMOs, is the ‘idealized’ avatars, or the inability to make a ‘fat’ or ‘ugly’ looking character. The first complaint is lack of options. However, there are plenty of games that make ugly characters just fine (albiet unintentionally), and that usually doesn’t pan out well.

As for non-standard characters, we should at least have options that are immediately visible. Here’s some of the easiest ways to look different:

Height – makes you immediately recognizable in a crowd. This is a relatively easy feature to include, which ends up in only a handful of MMOs. The real challenge here is how to portray short people. Most games screw up at this point, because you can’t just scale it down. You have to understand anatomy, which programmers usually don’t.

Build – most games fail at offering a choice of body-types (if at all). Go to your local grocery store, and just people-watch for an hour. There is such a great diversity in proportions, builds, and types in everyday society. It’s not just a matter of a “fat <-> skinny” slider. People have distinctly different builds, so let us leverage them to make a unique character. Let me make a character that looks like Benjamin Franklin.

Age – MMOs are probably the worst offender. Blinking in the digital sun, we’re typically are born as standard, idealized 20-something recruits. Changing the hair color to white really doesn’t look like ‘age’ when the model’s still 25. I’d like to create a wizened, crotchety old man. Or in the spirit of combat classes, at least a grizzled old world-weary veteran. 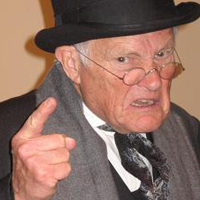 So there you have it, just a few things that character creators would benefit from. Not original, but they’d easily be improvements. But what about you? What was the best character creation system you’ve ever seen (physical customization — not just costumes)?